Is Gambling a Place for Superstitions

Most dictionaries define the term “superstition” as a widely held but not logical or reasonable belief in supernatural influence that specific actions or things may bring someone good or bad luck, and also a corresponding practice specifically based upon such a belief. Luck, chance, and superstition always go together and it is no wonder that in the universe of gambling it all has developed into a sort of specific science. Gamblers are famously superstitious and if you also follow conduct rituals while spinning the reels, you needn’t feel strange. Of course, people argue whether casino superstitions work or not, yet no one can deny that these traditions and behaviour patterns are cool. After all, they are part of one’s style, and all those wishing to become a pro should be aware of them too.
6.04.2022 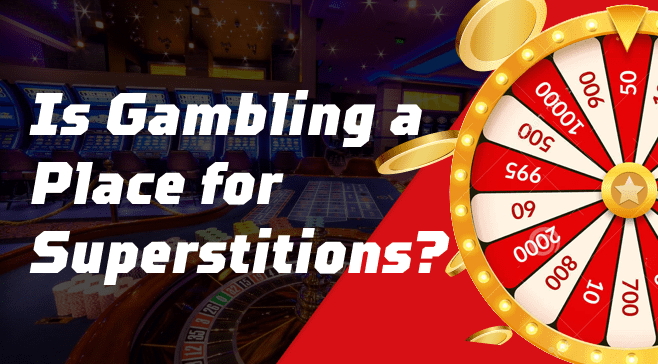 What can be more undesirable for a superstitious gambler than things or events widely believed to be the triggers of bad fortune? Let us take a look at a couple of basic superstitions generally assumed to make a negative impact on the outcome of a game of chance.

There are certain numbers that are widely regarded as lucky or unlucky. For example, in western culture, there’s arguably the most notorious belief that the number 13 is severely unfavourable. As a result, numerous hotels in Las Vegas do not nominally have the 13th floor since the majority of guests prefer to refuse to book a room on such an “unhappy” floor.

Speaking of the East, China has its own national unlucky numbers. The Chinese really believe the number 4 to be the source of all troubles, because it sounds strikingly similar to the word “death”. Hence it is quite a common practice for office buildings or other establishments not to have the fourth floor. 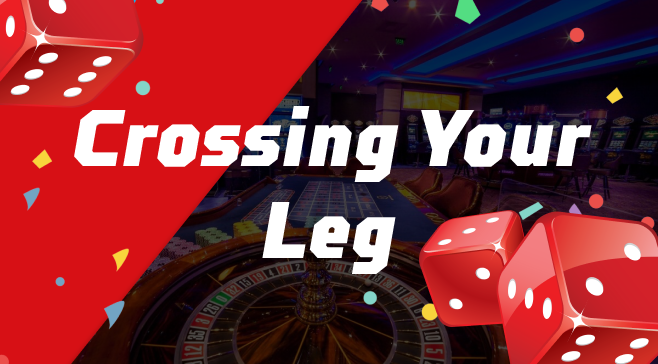 A hardcore gambler will never ever think of crossing their legs since it is believed that this ordinary move immediately produces negative consequences. Crossed legs are a very odd superstitious belief, origin of which is rather unclear. Some say that it is due to the fact that a player must stay focused and attentive when playing, and being relaxed at the table does not contribute to one’s concentration at all.

Counting money while other players can spot your actions is a bad idea that may lead you to losing your entire bankroll. It traces back to the old times when gamblers had a tradition of never counting their chip stacks till their poker game ends. The tradition has moved to the present-day casino where no one counts chips during an entire blackjack session.

A player’s itchy hands may be an indicator that they are very stressed, which experienced competitors might use to predict or interpret one’s actions. Therefore, this consequently developed into another superstition about misfortune coming to you every time your hands are itching.

Entering through the Front Doors

Many avoid coming through the front entrance of a casino because they are sure it is a bad sign. There are two different explanations for this:

Since playing online does not require a player to use any doors at all, you needn’t worry, as this superstition is simply irrelevant for online casinos.

Many Americans are afraid of using $50 banknotes in many places, including casinos. It is especially hilarious just because these bills are the most common denomination of the dollar in the USA.

The original reason for avoiding $50 bills may have roots in the history of American mafias. In Nevada, according to legend, Gangsters would usually dump their victims’ bodies with $50 bills placed inside their jacket pockets. It is how this piece of green paper became the symbol of the unluckiest outcome for any unsuccessful gambler who lived in those tough times.

Sometimes superstitions can be very practical in nature. Thus, if you agreed to lend money to someone at a casino, your fortune is at risk. If somebody suddenly asks you for a few bucks, just remind the person about casino traditions and tell them it can completely jeopardise your own luck.

The Stuff That Brings Good Luck

Now it is time we learn some countermeasures that help attract fortune. There are countless numbers of good omens promising you success.

Be it a lucky charm like a four-leaf clover or weird wear like an Elvis jumpsuit, gamblers use it all. Below are the most notable and easy-to-implement ways to improve your winning chances. 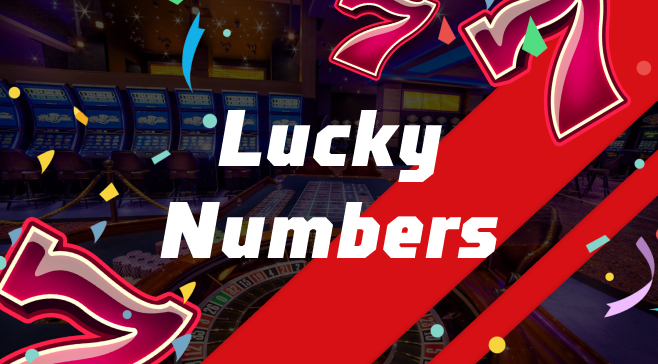 The most magical are 3 and 7, they appear in popular culture, fiction, or music quite often because nothing, as believed, attracts fortune better than these two do. If you manage to find a banknote with these digits in line, keep it in your pocket during every visit to a casino. By the way, 777 is the longed-for number used to identify a jackpot in a regular slot machine.

The gesture when you put your middle finger and forefinger across one another. The sign is considered to be a magnet for good luck.

The explanation is simple — for many centuries, people have believed that a cross is capable of warding off evil that seeks to destroy any well-being. Strictly speaking, it is an easy psychological trick helping one stay calm and confident, which, in turn, helps make right and calculated decisions.

The perception of red as a lucky colour originates in Asia, where a red wedding dress is very popular. According to folklore, an evil creature Nian attacks people except for those wearing red since it is its deepest fear. It is also the reason why the Chinese use so many red objects on New Year's Day.

So many gamblers put on something red before going to a casino, and since it is not very common among men to wear red outer clothes or shoes, they simply use red underwear. Some roulette professionals even claim that betting on red works best.

However, you should always remember that your good mood and sound mind are more important than any of the above-mentioned superstitions. No black cat could spoil your splendid day when you only see it as a fluffy cute animal, not as a bad omen. Fortuna prefers self-confident individuals able to think twice before throwing the dice.