Tour de France: how to organize the greatest cycling race in history?

Why Tour de France is so popular? How does the followers increasing story relate to the world's greatest bike race? Why is a polka dot T-shirt an incredible pride for an athlete? About this and much more - in our article!
28.06.2022 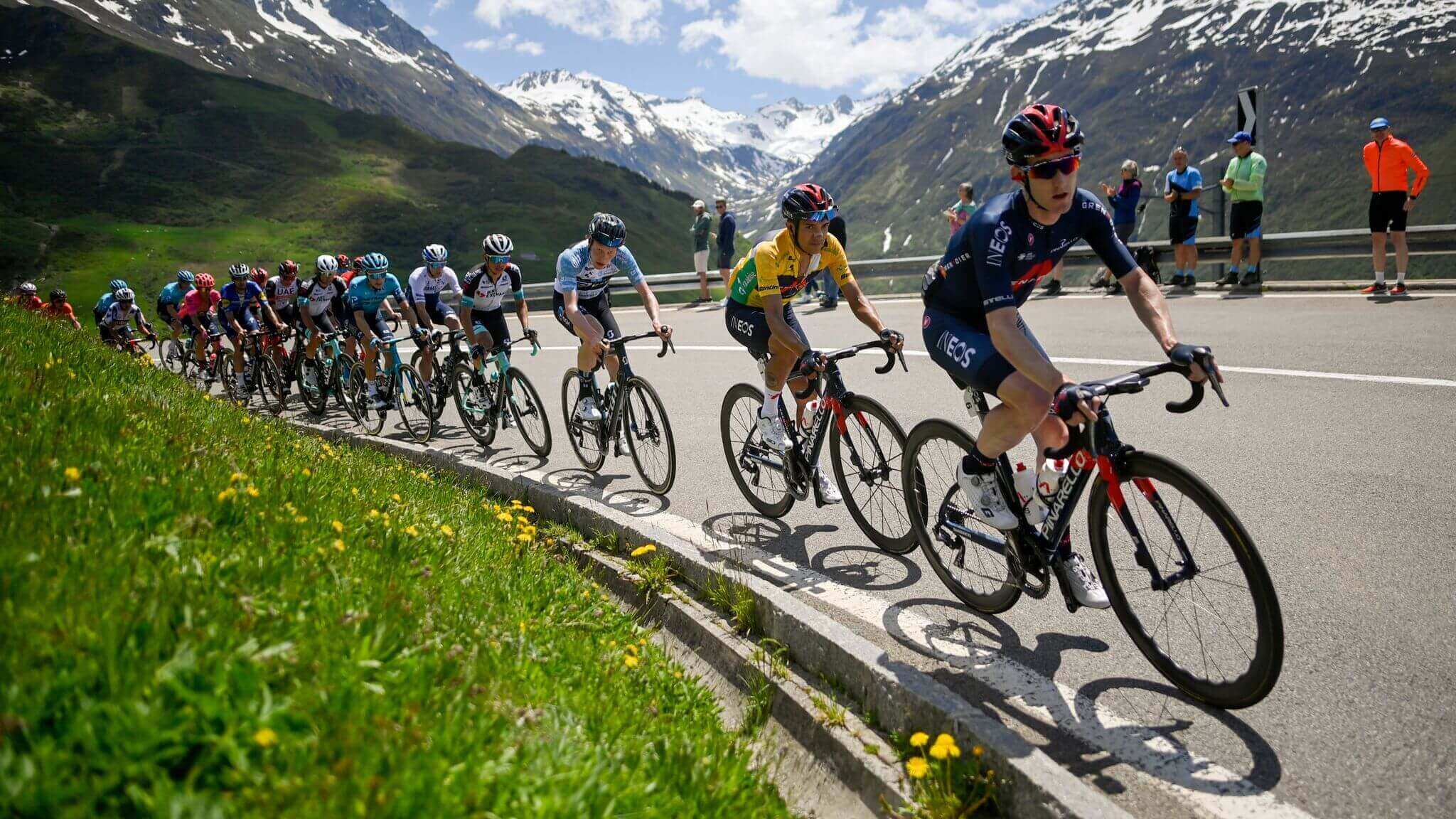 Even if you're not into cycling, you've probably heard at least something about Tour de France. It's like Wimbledon in tennis or the NBA Finals in basketball. Prestigious, cool and the very thing that an athlete has been dreaming of since childhood.

So, the history of the most popular cycling race in the world started exactly 120 years ago.

Tour de France: how to get subscribers 120 years ago?

Sounds weird, is't it? But thoughts about subscribers (actually, newspaper subscribers) occupied the minds of people even more than a century ago.

The history of cycling is directly related to the development of journalism in France. At the end of the 19th century, subscribers, of course, were not on Instagram, and newspapers (the only mass media at that time) needed to attract a constant new interested audience in order to develop, pay off their business and successfully fight competitors. 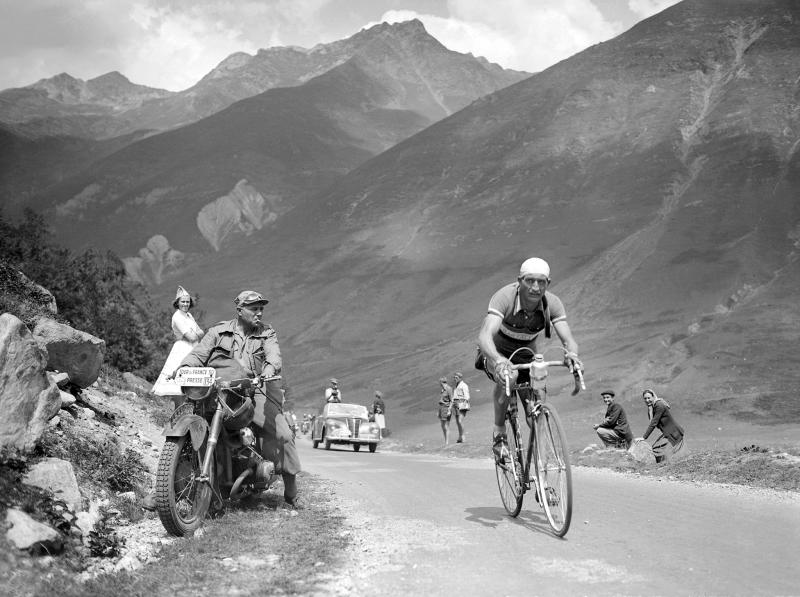 By the beginning of the 20th century, cycling became very popular in France, and newspapers began to sponsor and organize bicycle races. For example, Le Petit Journal, one of the largest players in this market, organized the Paris-Brest-Paris race, which allowed this Parisian daily to become one of the top newspapers of that time.

Its direct competitor, the largest sports publication L’Auto (now L’Équipe) of this time, was faced with the need to retain readers. And after some time, the solution was finally found.

On November 20, 1902, the journalist Geo Lefebvre at the Paris Café de Madrid proposed the idea of ​​creating a "Great Loop". The cycling race that the journalist wanted to organize was a race that would start in the capital and, having described a loop throughout France, would return to Paris again. 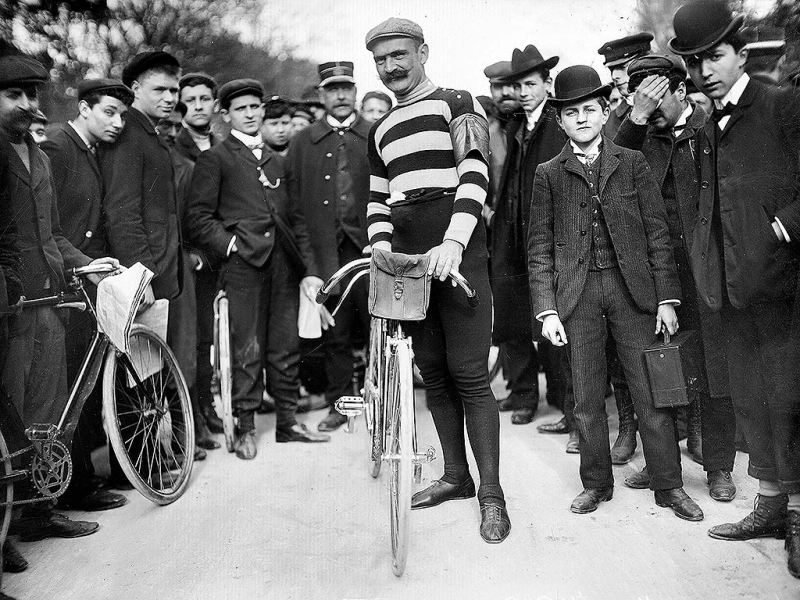 The race consisted of six stages along routes laid between the largest cities in France. The length of each varied from 270 to 470 km (in modern races, the stages are much shorter - from 100 to 200 km). And, of course, there was no talk of any support teams yet. The race was completely individual.

There were not all the benefits and opportunities that modern racers are accustomed to: professional maintenance, quality food and comfortable places to relax. But there was a very decent prize fund of 20 thousand francs for those times and a great desire to win.

The event was a huge success, and the number of I'Auto newspaper subscribers increased from 25,000 to 65,000.

Of course, a lot has changed since the first competition. Firstly, the length of each individual stage has become smaller, but now they are much more diverse. There are straight lines, they are called “flat”, hilly, mountains and a stage with a short distance for a while.

The principles of preparation and participation have also changed. Success in Tour de France now depends not only on the preparation and endurance of each individual athlete: without teamwork, the race cannot be won. Several athletes from one team can participate in the race, and each of them will have their own role. The leader will squeeze the maximum out of himself and go forward, and those who are slower will not let competitors break through further. As well as doctors, masseurs, trainers, coordinators, nutritionists - a large team of specialists. 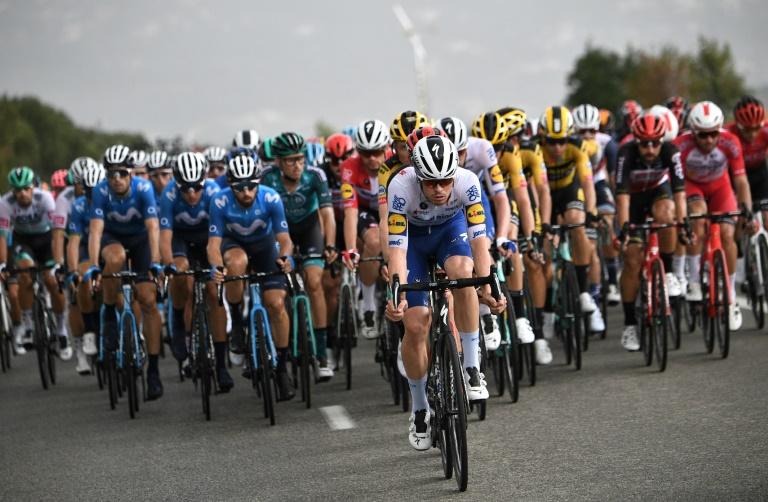 What can you bet on in the Tour de France?

Bookmakers have always been interested in spectator sports. Considering that success in cycling depends on many factors (including even the weather), betting on the Tour de France has proven to be very popular among bettors.

We offer the opportunity to bet on the winner of the entire race by the sum of the time spent on all stages. An interesting feature of the Tour de France: it is absolutely not necessary to win all the stages, but you need to get ahead of your competitors in most of them - and then the participant will win!

Most popular bets always placing on each stage winners: easier to understand which athlete will win one stage, than full race.

The Tour de France has a T-shirt system

The yellow jersey goes to the leader of the general qualification, who is recognized as the winner of the entire race. By the way, yellow is exactly the color of the paper of the same L’Auto newspaper. The green jersey is awarded to the owner of the highest number of points scored at intermediate and stage finishes. This is traditionally the most significant prize for the best sprinters in the world. 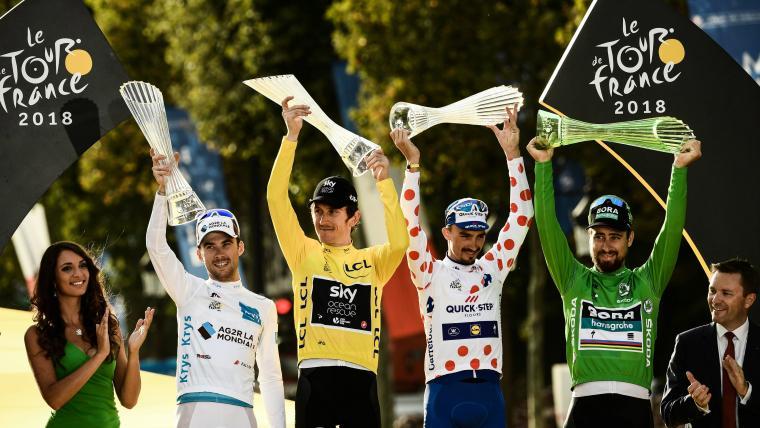 The polka dot shirt goes to the best mountain racer. It is worth saying that the most titled racer in this classification is Richard Virank, who became the "mountain king" seven times.

Not only renowned cyclists compete on the Tour de France, but also young cyclists. They have their own classification and T-shirt - white. To qualify, you must be under 25 years of age on January 1st of the year in which the race is held.

Leon also gives you the opportunity to bet on the TOP-3: who will be here. This is convenient for those who are not yet fully familiar with the “balance of power” in the tournament or know some specific riders and are confident in their abilities.

Do you want to try place bets on Tour de France? First 20 bets you will get for free! Sing up here and follow our Instagram, where you can find more bonuses and interesting and useful information.

Boxing betting for beginners
Bet on draw in second half of...
Roulette for beginners: how to choose best...
How eSports players live and train and...